What we’re contemplating, doing, and reading.

Program Director, Julie Learmond-Criqui sits down with Chief Robert Jonsen of the City of Palo Alto Police Department to talk about how offering practical skills training in resilience and compassion can support the health and wellbeing of law enforcement personnel whose daily exposure to trauma and extreme stress throughout their careers can take a heavy toll.

Chief Jonsen, thank you for joining us today.  Can you share with us what initially attracted you to this work?

Chief Jonsen:  I think primarily what attracted me is that I have been in law enforcement for over three decades now – I graduated from the Academy 35 years ago, and I commend the academy staff because they did a great job taking a very naive young man who grew up in the suburbs of Northern California, and trained me to serve various communities in Los Angeles very effectively.  But what they didn’t necessarily train me for was how to deal with all the suffering that I would encounter over those three decades, and really, the trauma that I was exposed to.  And it has had its toll, both physically, psychologically, and socially. Unfortunately, I don’t think that we do a good enough job preparing our young men and women to handle some of that.  It was in 2015,  when I was introduced to Compassion Cultivation Training© (CCT™), that I immediately saw the value that it could bring to our profession.  And from that point on, I’ve been all in!

How do you see this work being of benefit?

I think that it is something that as we offer resilience and compassion training to our community, our population of men and women serving our communities, it is going to help them not only regulate their own suffering and their emotions, but it will help them to be better prepared to serve the communities.  Those who have already gone through this training, Courageous Heart: The Human Behind the Badge, are telling us that the skills really equip them to take better care of themselves, which in turn unlocks the inner resources to better care for those in their personal and professional lives. 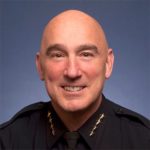 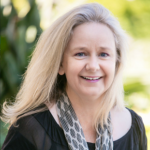 Isn’t this type of training seen as making people ‘soft’ and so not something that’s relevant to law enforcement professionals?

I actually think that it’s perfectly suited for our population.  But it’s a great question because I think, ‘yes’,  when you use a term such as ‘compassion cultivation’, sometimes people in public safety, law enforcement, may think that we are trying to soften them, when in actuality, that’s completely the opposite of what we’re trying to do.  What this training really does is strengthen their courage to be with suffering; both within themselves, and within the community and among the people we serve.  So, students can expect that we are not going to be asking them to go out and just hug everyone they see–although they may choose to do that 🙂 … they may have those moments and it will be appropriate times–but I think it gives them exposure to practices that  they can utilize both formally and informally, to help strengthen some of the aspects that they need to work on internally.

And is this something that you think the police force will adopt and be available through general channels?

Yes, I would hope so.  How I see it, to be honest with you, is how some would remember in the 1990s, how the whole wave of community policing came through, and it just took off across our entire country.  I believe that we are almost at that same point in time for our profession in regard to wellness.  You know, wellness is an issue that was brought up by the 21st Century Task Force in Policing as a primary pillar, and we’ve been seeing it written about, even in Police Chief Magazines, that we absolutely need to take care of our people.  And I think Courageous Heart is an excellent, resource-rich program, scientifically-proven to help, and something that eventually, will be standard training for our personnel.

Looking for a CCT class near you?